Fun cybersecurity fact about Scotland: Many of Britain's banks host their security operations centers in or around Edinburgh.

Here are seven visual highlights from the event: 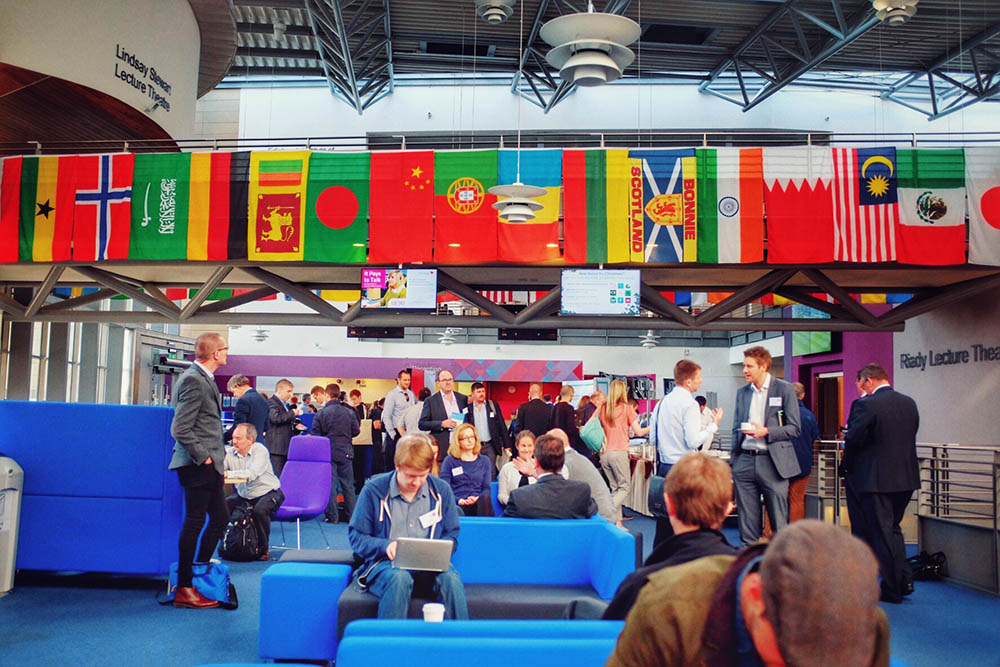 Organized by Bill Buchanan, a professor at the Edinburgh Napier School of Computing, the one-day event included presentations from a number of information security experts, ranging from law enforcement officials and forensic investigators to "big data" practitioners and CISOs, and drew attendees from across the United Kingdom, as well as a smattering from the European mainland. But as with every type of local cybersecurity event, many of the attendees hailed from Scotland, and told me they were there not just to learn, but also to network with peers. 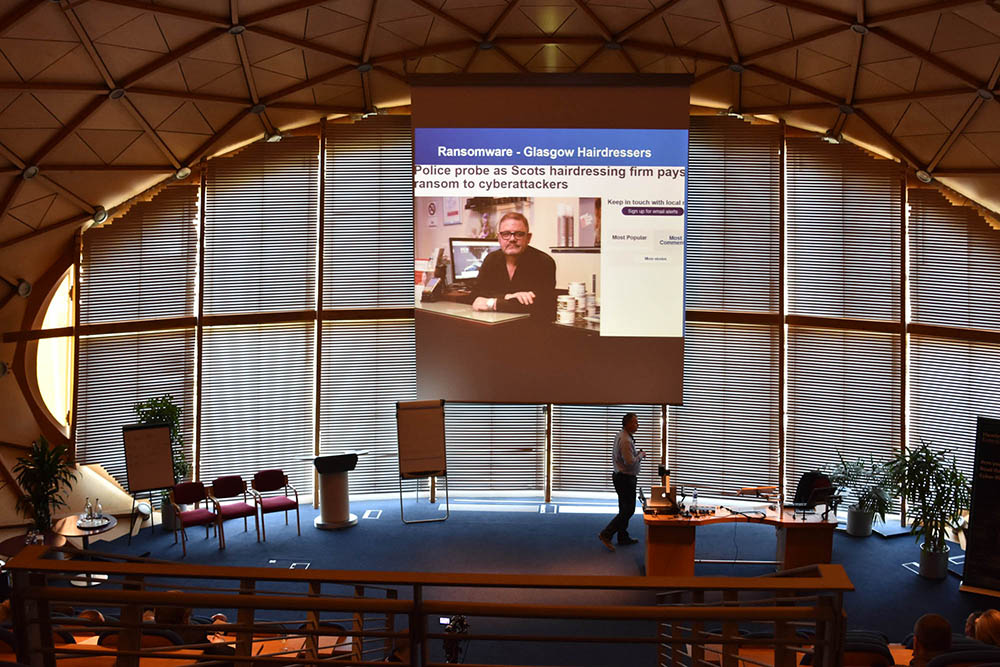 Eamonn Keane, a detective inspector with Police Scotland's cybercrime unit, said it's been difficult for police to disrupt the massive rise in ransomware infections. "Every day, there's a new ransomware virus," he said. "I suppose we're going to have to apply a much more proactive engagement from a law enforcement perspective ... like we did with Gameover Zeus, like we did with the international scale of Blackshades and cybercrime as a service" (see How Do We Catch Cybercrime Kingpins?). 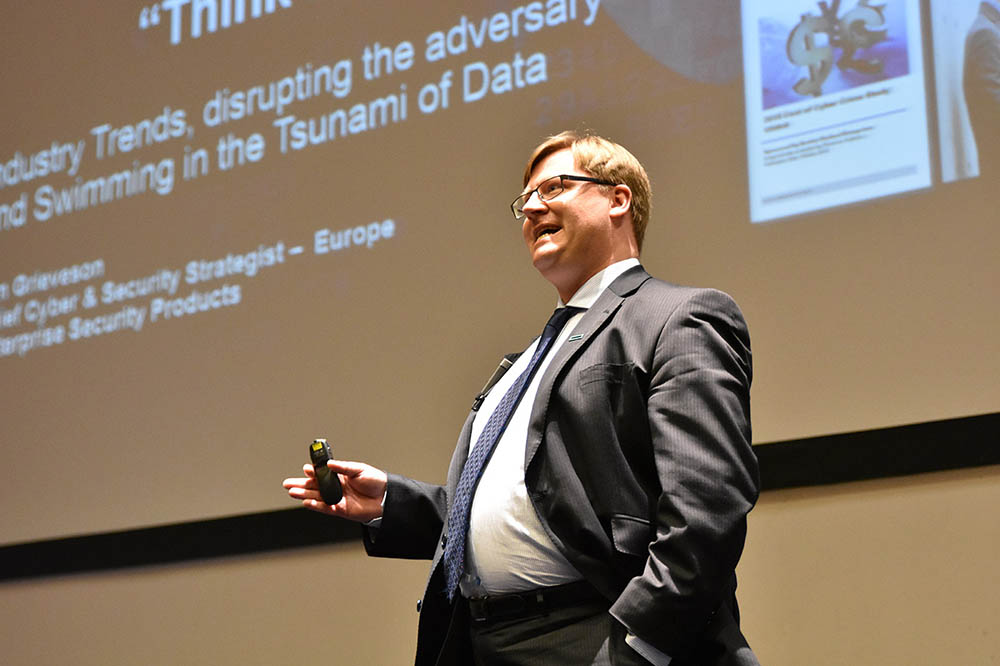 After more than four years of related negotiations, the EU's General Data Protection Regulation - the Soviet-sounding "GDPR" for short - passed on April 14. The GDPR includes a number of new provisions, for example giving regulators the ability to impose a fine of up to 4 percent of a company's worldwide annual revenue, as well as instituting mandatory data breach notifications for any organization that stores or handles personally identifiable information, once they discover that they've been breached.

"The scary thing is 72 hours - we have 72 hours to actually tell the authorities there has been a breach," said Tim Grieveson, Hewlett Packard Enterprise's chief cyber and security strategist for the Europe, the Middle East and Africa regions. Other experts have told me that the 72-hour figure isn't yet set in stone, but the current focus on three days suggests that whatever the breach-notification requirement ends up being, it won't stretch to weeks. 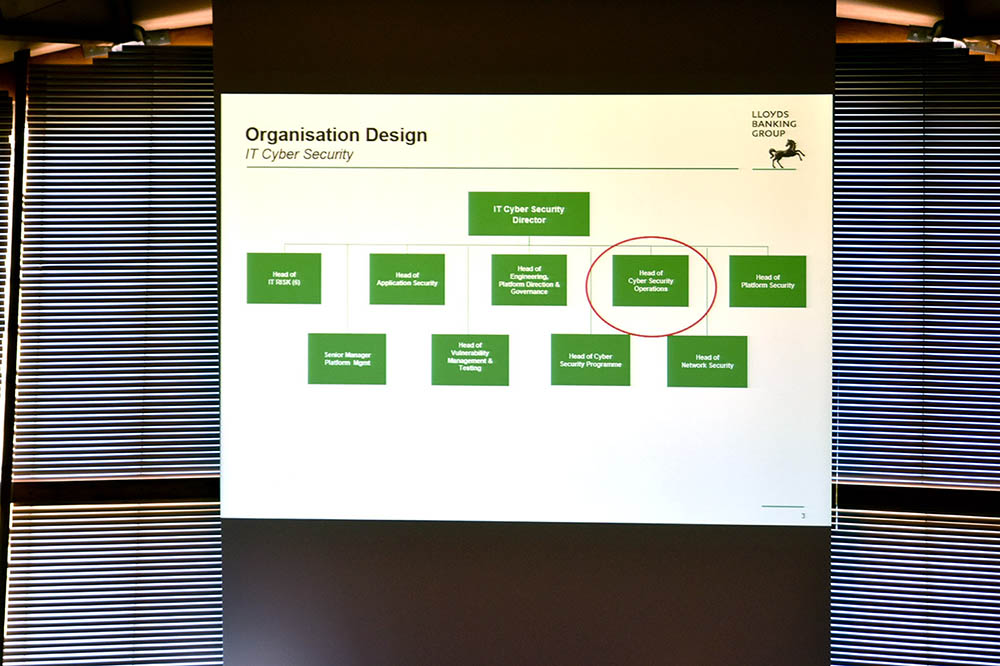 The day included multiple banking-related discussions. One was from Stephen Livingstone, who works with the security operations group at Lloyds Banking, which prioritizes developing security playbooks. "This is primarily because we're expecting to see high staff turnover in the next couple of years, and we want to ensure that knowledge transfer is something that happens often and easily," he said.

From a security standpoint, meanwhile, he said that one online challenge continues to be the "bring your own device" movement, because Lloyds currently has no legal resource to seize BYOD technology during the course of an internal investigation, although a fix is in the works. "We're addressing that with legal at the moment," Livingstone said.

5. Inside a Backup Botnet 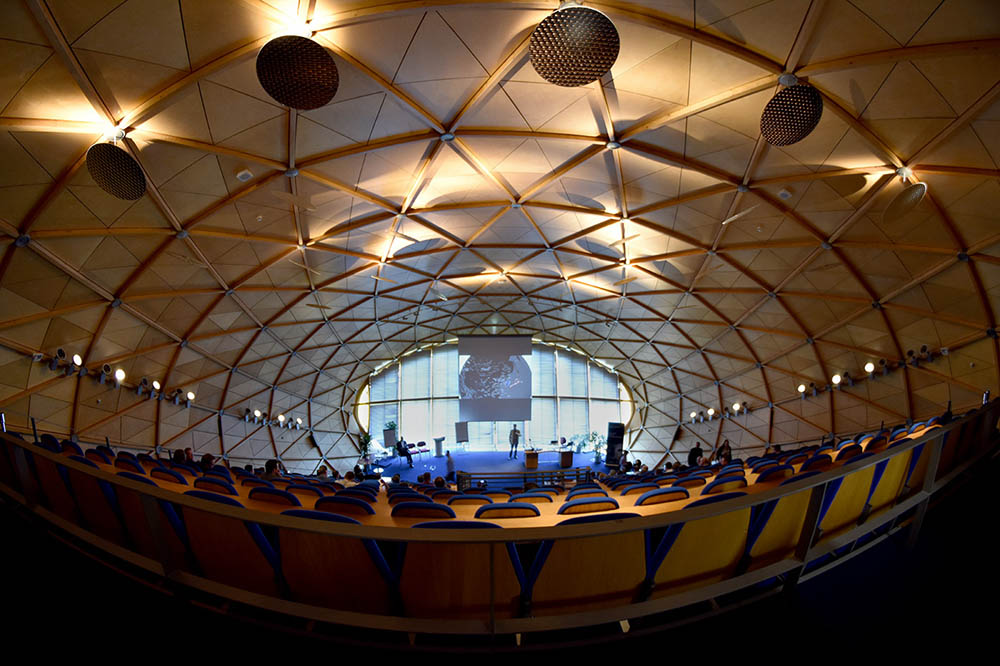 Forcepoint's Andy Settle delivers his presentation from inside the university building known as "The Egg."

Settle said it's unclear who's behind the botnet, or what its purpose might be. But after launching a six-month investigation in October 2015, Forcepoint has found a number of interesting clues:

The takeaway from the above? "Don't jump to conclusions," Settle said. For example, the absence of Russian victims might be due to the malware selecting targets based on geography, language and timing, he said.

One possibility, Settle told me, is that whoever is behind the botnet has been keeping it in reserve for future campaigns, so that if a primary botnet gets disrupted by security researchers or law enforcement agencies, the JAKU botnet could become their primary botnet. 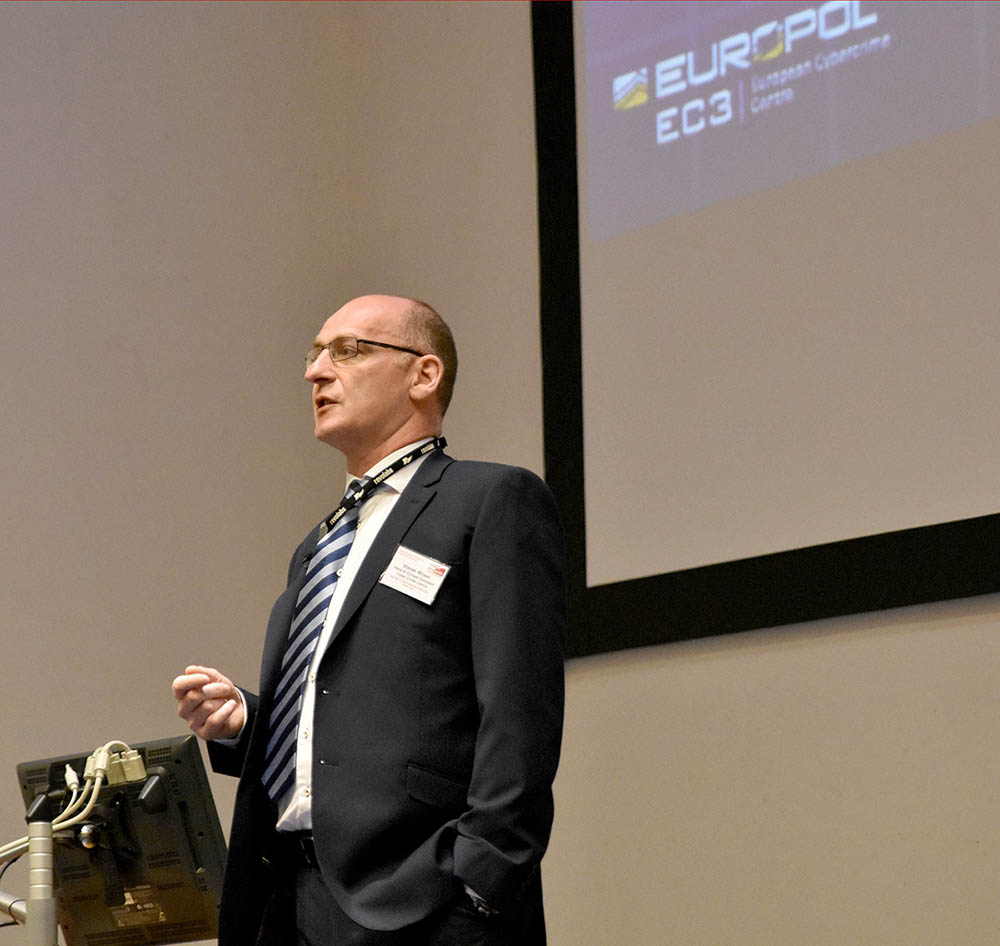 Europol Director Rob Wainwright has been advancing the use of information-sharing platforms to connect more than 500 different law enforcement agencies from Europe - and beyond - and noted earlier this year that the amount of information being exchanged "has quadrupled in less than five years."

Because the volume of these incoming data feeds is both massive and increasing, and already reaches hundreds of terabytes per month, Wilson told the conference that Europol is increasingly looking to academia and the private sector to help it build the tools it needs to analyze all of that information. "The data feeds we're starting to get now are enormous, and to try and [tackle] them with conventional policing tactics is practically impossible," Wilson said. 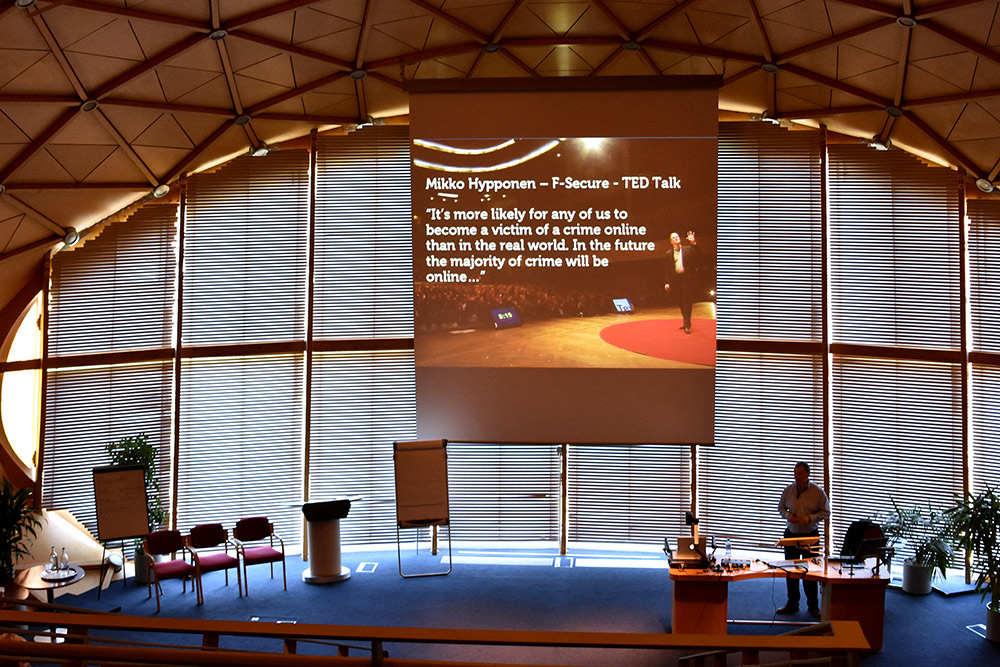 None of the law enforcement representatives present at the conference shared any new insights into exactly what those capabilities might be, although Police Scotland's Keane said the result of those capabilities has been well-documented, for example via the takedowns of both notorious Silk Road darknet marketplaces to date.

But criminals continue to be drawn by the relative ease and safety of operating online, Keane said, citing the following passage from a TED talk by Mikko Hypponen, chief research officer at Finnish security firm F-Secure: "It's more likely for any of us to become the victim of a crime online than here in the real world. And it's very obvious that this is only going to get worse. In the future, the majority of crime will be happening online."

Keane said: "We have a mandate to protect you in the real world; increasingly, it's moving into the online environment."

All photographs by Mathew J. Schwartz.

E-Book: 5 Questions to Ask Before You Upgrade to a Modern SIEM Solution

Banking on Uncertainty - The Future of Financial Crime and Compliance